In this episode we explore the power-productivity world of Chocolatey NuGet with its author, Rob Reynolds. Rob explains to us how the Chocolately NuGet inspiration came from the Apt-Get experience in Linux and how his vision to leverage the power of the NuGet packaging concepts to install full-fledged software rather than just developer-centric DLLs eventually came to life.

We explore the ease with which its possible to both install Chocolately NuGet packages created by others as well as create your own, either from scratch or by aggregating other existing packages together into one or more meta-packages that can be installed all at once. If you’ve ever dreamed of setting up a new Windows developer system for yourself by just installing the OS and then invoking a single command-line to install everyything you’d want/need on your newly-provisioned system then Chocolatey NuGet is for you and this episode is a great way to become familiar with its powerful capabilities! 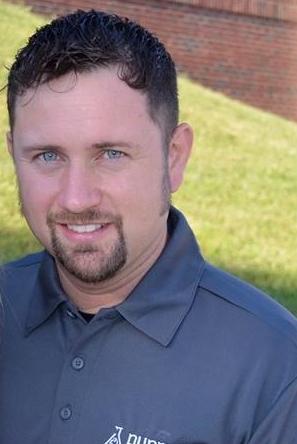 Rob is a developer who has a passion for developing low maintenance solutions. He has been programming in .NET since the early days of 1.0. In his day job he works on the awesome Puppet, but his opinions expressed in many locations are his own. Rob is a C# MVP, ASPInsider, C# Insider, an MCSD for .NET, holds a bachelor’s degree in MIS from Kansas State University, is active in his local .Net User Group, a regional INETA speaker, an eagle scout, and a veteran officer of the US Army Reserve. He also presents on topics he finds interesting a few times a year.

His goal in life is to make things easier/better for those around him. His goals in development are to bring low maintenance solutions (using SOLID where applicable) that solve the problem at hand and are not necessarily focused on the shiniest new tool/framework.

He works on several frameworks that people like. He invented yet another apt-get framework for Windows, named chocolatey, hoping this time it would stick. Rob is very active in OSS and manages several OSS projects. Some of those projects include UppercuT, RoundhousE, chocolatey and NuGet.

He started out in life going down the path of artist and converted to developer when he realized it could make a bigger impact on folks and realized he could work with computers. Rob got his first lessons in Microsoft Windows at age 18 when he purchased a Gateway PC that needed a lot of love and attention. That’s when he first fell in love with computers, both fixing them and creating things. It wasn’t until a couple of years into college before he realized he could make a career of computers and helping people solve problems.

In his spare time he spends time with his wife and two kids who keep him busy during the daylight hours.

Rob is the FerventCoder because he is very passionate about his craft.