In this episode, we sit down with our own James Bender to explore the benefits and values that can come from adding Test-Driven Development to your software development practices. James shares with us some of his own experiences in getting started with using tests to drive his software evolution wherein he learned many lessons about both some of the benefits of this approach as well as some of the pitfalls teams should try to avoid.

We discuss getting started, introducing the concept to your team, and how to best approach the process so as to maximize its benefit to the project stakeholders. If you’ve always wanted to understand what all this test-driven development stuff was about, then this is the episode for you! 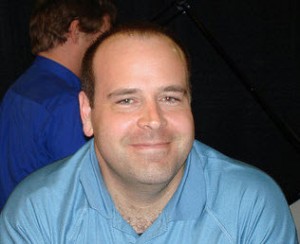 James has been involved in software development and architecture for 18 years. He has worked as a developer and architect on everything from small, single-user applications to Enterprise-scale, multi-user systems. His specialties are .NET development and architecture, TDD, Web Development and cloud computing. He is an experienced mentor and author. James is a Microsoft MVP, Co-Founder of the Midwest Techfest and former President of the Central Ohio .NET Developers Group. James’s book “Professional Test Driven Development with C#: Developing Real World Applications with TDD” makes a great gift and you should go buy seven or eight copies right now. James’s Twitter ID is @JamesBender