In this episode, we’re joined by Walt Ritscher to explore the past, present, and bright new future of Windows Presentation Framework.  We explore the origins of WPF, some of its storied history, the rumors of its impending demise (completely untrue!) and its new future as the centerpiece of interface display technology for the Windows platform.

Walt shares his experiences with WPF, some common best-practices, and some of his future wants and hopes for the technology. 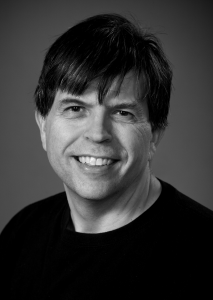 Walt’s enthusiasm for crafting software interfaces blossomed early. Just a few days after discovering how to make pixels move around the screen of a borrowed computer he was devouring books on the topic of computer graphics and UI design. Now he travels the world speaking at software conferences and teaching a diverse portfolio of programming topics for corporate clients. On the consulting side he continues to work with customers like Microsoft, HP, Intel, and Intuit and enjoys being part of the Wintellect consultant group.
He has over fifty hours of video training courses available in the WintellectNow, Lynda and Udemy catalogs.
He writes for several publications including Code Magazine and has a new “HLSL and Pixel Shaders for XAML Developer” book available from O’Reilly Media. His current UI obsession revolves around the Windows 8 Metro, Mobile, ASP.NET MVC and WPF APIs. This year he is learning as much as he can about Xamarin. You can find his blog at xamlwonderland.com. Walt is also a Microsoft MVP and author of the free Shazzam Shader Editor (shazzam-tool.com).